“More than any other city, Tokyo demonstrates that ‘city’ is a verb and not a noun” -Mori Toshiko

After the first two legs of the trip spent at Kyoto and Okinawa, we reached the last leg of our trip- Tokyo. Heard a lot about Tokyo that it’s crowded, its fashion capital of the south east Asia, that it is one of the best places and it did tick all the boxes. I had no idea how much I would fall in love with Tokyo.

By the time we reached Tokyo from Naha it was 9 pm and we decided that we will spend the night at our Hotel. After an hour of train ride and figuring out the train we reached our destination.

We booked Hotel Kiba in Kita area which was a capsule hotel just to experience it. It was  clean, cheap and compact with everything you require from toothpaste to shaver to everything available.

After spending the night we decided to start early morning and go to Ueno park to see cherry blossom or “sakura” as they call in Japanese. Tokyo hanami season starts in late March and lasts about a week. The exact dates vary greatly by year depending on the weather. Ueno Park is a large public park next to Ueno Station in central Tokyo. The park grounds were originally part of Kaneiji Temple, which used to be one of the city’s largest and wealthiest temples and a family temple of the ruling Tokugawa clan during the Edo Period. Ueno is one of Tokyo’s most popular and lively cherry blossom spots with more than 1000 cherry trees lining its central pathway. The whole area is full of colour all around. It’s beautiful and beyond words. One can find many temples, museums, pond and a very good zoo as a part of this whole park. One can spend hours here.

From Ueno we headed to see the Sensoji, a very popular Buddhist temple, built in the 7th century. The temple is approached via a shopping street full of traditional, local snacks and tourist souvenirs. Kaminarimon is the first of two large entrance gates leading to the Temple. First built more than 1000 years ago, it is the symbol of Asakusa. This is one place which will be crowded always. Best is to visit it early morning. Many people believe that the Asakusa Kannon deity enshrined here has the ability to bestow benefits on earth, and around 30 million visitors from throughout Japan and abroad visit the temple every year. It is 5 minutes walk from Asakusa station. 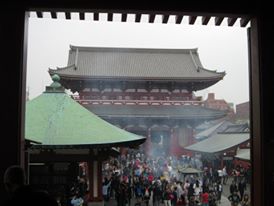 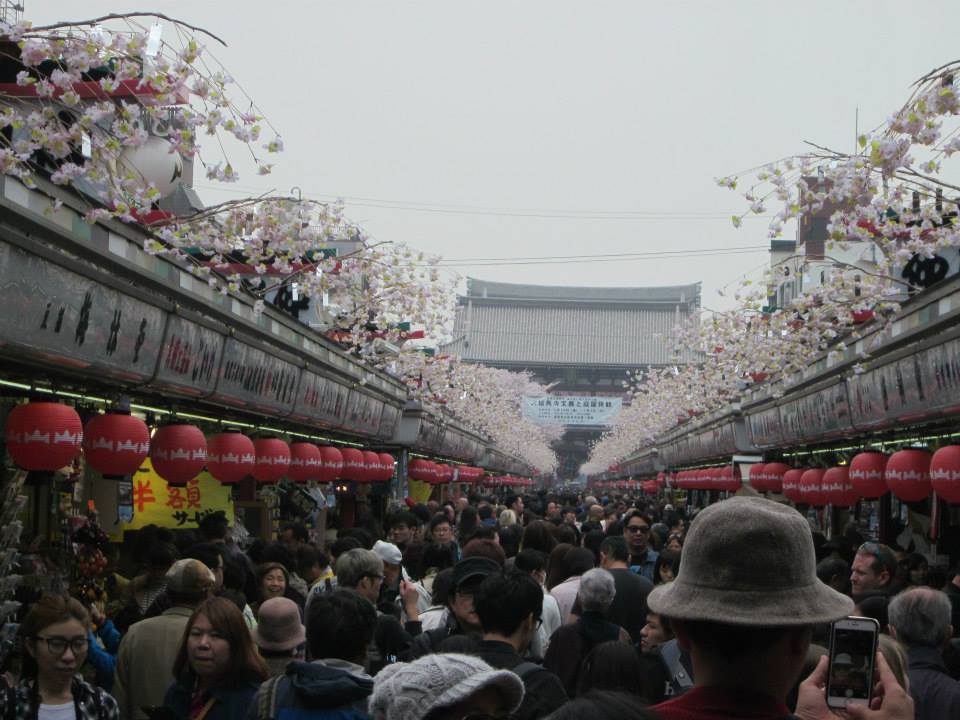 Next destination was The Tokyo Skytree,  a new television broadcasting tower and landmark of Tokyo. It is the centerpiece of the Tokyo Skytree Town in the Sumida City Ward, not far away from Asakusa. With a height of 634 meters, it is the tallest building in Japan and the second tallest structure in the world atthe time of its completion. A large shopping complex with aquarium is located at its base. The highlight of the Tokyo Skytree is its two observation decks which offer spectacular views out over Tokyo. The two enclosed decks are located at heights of 350 and 450 meters respectively, making them the highest observation decks in Japan and some of the highest in the world. Due to overcast sky and a drizzle we decided to not pay the 1100 Rs ticket to go up the skytree but on a good day one can see Mount fuji from here.

Our next stop is Geeks haven- Akihabara- a place that has eveolved from a small group of electrical equipment shops to a huge computer marketplace. Akihabara has gained recognition as the center of Japan’s otaku (diehard fan) culture, and many shops and establishments devoted to anime and manga are now dispersed among the electronic stores in the district. The shops here offer everything from the newest computers, cameras, televisions, mobile phones, electronics parts and home appliances to second-hand goods and electronic junk. You can find a lot of maid cafes here too. 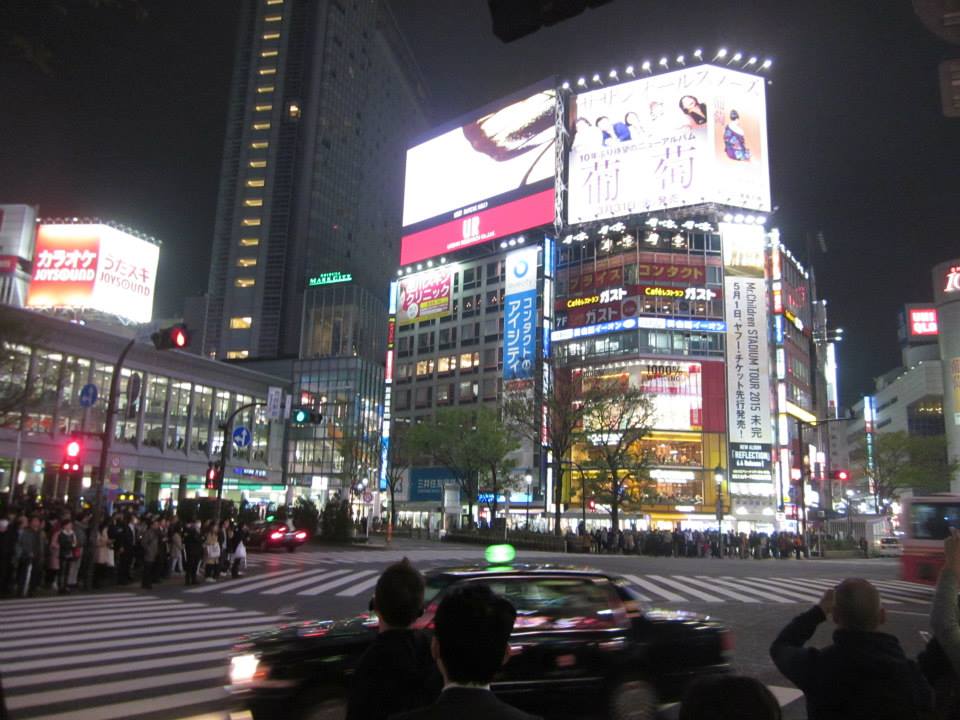 As the sun started setting we decided to pay a visit to the busiest street crossing in the world at Shibuya. The popular shopping and entertainment area is one of Tokyo’s most colourful and busy districts, packed with shopping, dining and nightclubs serving swarms of visitors that come to the district everyday. A prominent landmark of Shibuya is the large intersection in front of the station’s Hachiko Exit. The intersection is heavily decorated by neon advertisements and giant video screens and gets flooded by pedestrians each time the crossing light turns green, making it a popular photo and movie filming spot. One can find all the big brands around and one of the best places for eating and drinking.

Tip– Use the trains/skyliners/buses in Tokyo. These are the best way to travel which are fast, quick and cheap. The train systems are well linked and quite extensive. You just need to know which line and station. Yes you might need to change a couple if you staying on a different line but still it will come out cheaper. Taxis are expensive and will make a huge hole in your pocket if you travelling on budget. Take a daily Pass which will provide you unlimited travel across most lines. Also if you planning to travel across Japan in train then take a Japan Rail pass. if you are flying or going to other areas away from mainland I suggest calculate your travel expenses before investing in JR pass which costs around 15000 Rs.